Do you wake in the morning and groan? Not because you can’t face another spartan breakfast of dry toast and skim milk, but because you dread your day job. All you crave is to stay home and paint, write, work on your latest interior design, or binge-watch Baywatch.

But you force yourself to get up, grumbling, and stub your toe on the pile of your rolled-up canvases, novel drafts, swatch catalogues, or last night’s popcorn kernels. As you rush out the door, you scowl deeper, anticipating another awful day at work.

Such an attitude, which I too have harbored, is harmful, even damaging, to our psyche, our present job, and our future creative work. The remedy smacked me in the face right at my desk. Inscribed on my little blue vase of dried flowers was this message:

“Bloom Where You Are Planted.”

This notion may sound cliché, distasteful, or outrageous. But, as a minister’s experience, described below, and my own show, you can change how you look at your distasteful job, how you feel, and thereby what you experience—and get closer to the dream of what you feel is your “real” job.

Paul had always wanted to work for the church and someday pastor his own flock. Just out of seminary, he joyfully accepted a post at the headquarters administrative offices.

On his first day, the assistant office manager showed him to his office. Paul stepped into a badly lit cubicle with a single lamp, a desk, and a worn wooden chair. Stacks of letters obscured the desktop, and squeezed among them rested a large, almost vintage electronic typewriter. Paul’s elation and ego fell flat.

The assistant manager informed Paul he was expected to answer a certain number of letters daily, and they would be reviewed by the supervisor before mailing. “Good luck.” The man left.

Paul sighed, guiltily wishing this prayer hadn’t been answered. He sat gingerly on the hard chair, poked at the typewriter, and took the top letter from the nearest pile. And so began weeks of toil. Paul managed to produce the required number of letters, but he developed eyestrain, backache, and an unpleasant disposition. After work, he ate too much, watched too much television, and found it harder to get up each day.

One Friday, Paul’s supervisor took him aside. “I know you’re doing your best,” said Mr. Rennie, “but something is obviously bothering you.”

“True,” said Mr. Rennie. “Your letters address the issues, but they’re”—he raised his hands as if looking for the right word—“uninspired. And several people in the office have noticed your negativity.”

Paul squirmed. Needing this job, he didn’t want to admit his dissatisfactions.

In the coffee shop, Paul found himself telling this surprisingly sympathetic man about his excitement at acceptance to the headquarters. He smiled for the first time in months. Then he burst out, “But I got the most insignificant job in the whole place!”

“Oh, Paul,” said Mr. Rennie, smiling. “No. You have one of the most important jobs in the whole place.”

“For so many people, you’re the very first contact with our church. Your reply determines whether they get the information, support, and comfort they need. Your responses answer their prayers!”

For the entire weekend, Paul thought about Mr. Rennie’s words and prayed for long periods. And he had no desire to overeat or watch too much television.

By the end of Sunday, Paul realized several things. He had viewed his letter-writing as only menial and boring. Now, he saw, his letters gave people what they needed. Wasn’t his mission as a pastor to help, whatever the form?

On Monday, Paul bounded out of bed, arrived early at work, smiled at everyone, and dove into the letters.

A few months later, Paul was transferred to another position and progressed through the organization. After several years, he pastored his first congregation and went on to establish his large, successful ministry in New York City.

What was Paul’s lesson—and ours? He learned to see his job differently and then acted differently. How we act applies to all of us who feel dissatisfied, frustrated, annoyed, or downright enraged about where we are in our lives, careers, and creative pursuits. So . . .

When I had an office job, my attitude was close to Paul’s initial one. I constantly complained to my friend Peggy about the boss, the excessive work, my constant exhaustion, and how I’d never get to write, my true passion.

Peggy, so wise and spiritual, waited until I finished grousing and said quietly, “To get out of this job, plunge into it. Give it a hundred and fifty percent.”

She nodded and said nothing more.

I huffed for a few days but finally succumbed to Peggy’s advice. At the office, I concentrated only on the work and doing it well. To my shock, everything went smoother. I stopped resenting the boss and felt less spent when I got home. Most evenings I even wrote for a half hour.

Feeling better, I became friendly with office colleagues. As I told them about my writing, they asked for help with letters, announcements, children’s stories. Word got around, and I took more assignments. Eight months later, I was able to leave the office job.

Our problem isn’t the work, tasks, circumstances, or environment. Think of prisoners of war and victims of natural disasters. How do so many rise out of their terrible conditions? They embrace a hopeful, undaunted outlook.

And here’s the big lesson: Our attitudes influence our experiences.

How do you feel clearing a friend’s dishes after a party or your family’s nightly after dinner? Washing your watercolor brushes or house painting brushes? Getting wet at the pool party or on the way to the office? How can you transfer the enjoyment of one to the aggravation of the other?

When we bloom where we’re planted, we invest ourselves wholly in the work before us. As the Zen saying goes, chop wood, carry water. This means to do your work fully, positively, recognizing its value—waiting tables, washing clothes, balancing accounts, chauffeuring children. Then your attitude becomes one of giving and thinking of those who will benefit.

My little blue vase says, and both Paul and I discovered, that the lesson is to see and do your detested work in a different light. When you bless others this way, the blessings will and must come back to you multiplied.

Remember that your work, whatever it is, is good work. And every job matters and contributes. Hold to and act on these thoughts. Bloom where you’re planted, and your good work will metamorphose, slowly or speedily but inevitably, into your good creative works.

Noelle Sterne, author, editor, academician, writing coach, mentor, and spiritual counselor, has published over 300 pieces in print and online venues. These include Author Magazine, Chicken Soup for the Soul, Children’s Book Insider, Fiction Southeast, Funds for Writers, Graduate Schools Magazine, GradShare, InnerSelf, Inspire Me Today, Rate Your Story, Romance Writers Report, Transformation Magazine, Unity Magazine, Women in Higher Education, Women on Writing, The Writer, and Writer’s Digest. A spiritually-oriented chapter appears in Transform Your Life (Transformation Publishing, 2014). A story appears in Chicken Soup for the Soul: Touched by an Angel (2014), and another in a Tiny Buddha collection (HarperOne, 2015). With a Ph.D. from Columbia University, for 30 years Noelle has assisted doctoral candidates in completing their dissertations (finally). Based on her practice, her handbook for graduate students helps them overcome largely ignored but equally important nonacademic difficulties: Challenge in Writing Your Dissertation: Coping with the Emotional, Interpersonal, and Spiritual Struggles (Rowman & Littlefield Education, September 2015). In Noelle’s book Trust Your Life: Forgive Yourself and Go After Your Dreams (Unity Books, 2011), she draws examples from her academic consulting and other aspects of life to help readers release regrets, relabel their past, and reach their lifelong yearnings. For more about both books and Noelle’s services, see her website: www.trustyourlifenow.com. 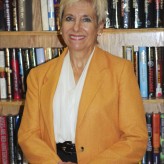 Noelle Sterne is an author, editor, academician, writing coach, mentor, and spiritual counselor. She has published over 300 pieces in print and online venues, including Author Magazine, Chicken Soup for the Soul, Children’s Book Insider, Fiction Southeast, Funds for Writers, Inspire Me Today, Rate Your Story, Romance Writers Report, Transformation Magazine, Unity Magazine, Women in Higher Education, Women on Writing, The Writer, and Writer’s Digest. Noelle’s invited blogs on Author Magazine’s “Authors’ Blog” on writing, creativity, and spirituality can be found at http://authormagazineonline.wordpress.com. A spiritually-oriented chapter appears in Transform Your Life (Transformation Services, 2014). A story appears in Chicken Soup for the Soul: Touched by an Angel (2014), and another will appear in a Tiny Buddha collection (HarperOne, 2015). With a Ph.D. from Columbia University, for over 28 years Noelle has assisted doctoral candidates in completing their dissertations (finally). Based on her practice, she is completing a handbook for graduate students struggling with their dissertations on their largely overlooked but equally important nonacademic difficulties: Challenge in Writing Your Dissertation: Coping with the Emotional, Interpersonal, and Spiritual (Rowman & Littlefield Education, 2015). In Noelle’s book Trust Your Life: Forgive Yourself and Go After Your Dreams (Unity Books, 2011), she draws examples from her academic consulting and other aspects of life to help readers release regrets, relabel their past, and reach their lifelong yearnings. Her webinar about the book can be seen on YouTube: http://www.youtube.com/watch?v=95EeqllONIQ&feature=youtu. Noelle’s website: www.trustyourlifenow.com.

Your Guide to Fun in 4 Steps

A True Story of Christmas Giving