Help! My Child is an Addict

Home » Help! My Child is an Addict

Kerry felt both relieved and devastated at the same time. She was escorting her adult son, Kevin, to the American Airlines gate at O’Hare Airport in Chicago, putting him on a plane headed for Arizona, where he was being admitted into a drug and alcohol rehab center. Kerry was exhausted from having just spent the weekend at her son’s apartment. During the past three days she had fed him and kept him safe, while he guzzled beer, chased by whiskey, wolfed down the food she had prepared for him and then passed out, almost choking on his own vomit.

When she had brought her sick son, age 26, to the emergency room two days earlier, the doctor had advised her to just let him keep drinking until she could get him to the rehab center, so that Kevin’s body wouldn’t go into shock. Hence, it turned out to be “The Weekend from Hell,” watching her son drink his way through the days, to avoid a sudden withdrawal that could cause serious consequences for him.

The devastation was a combination of guilt and grief over how her beloved little boy could’ve ended up in this predicament.

This was his second time going to rehab in one year. Kerry, like so many other parents, who know this or a similar scenario, struggled with three self-defeating thoughts:

This is my Fault. Let yourself off the hook. As much as you want to take the blame for your children’s foibles, don’t give in to that temptation. Your children come through you—they are not clones of you. Just as you can’t really take credit for their accomplishments, their beauty, or their talent, in the same way, don’t fault yourself for their mistakes. Your child is living his or her own life. Granted, you had a big influence on your child and certainly you made mistakes of your own. But that doesn’t mean that you need to blame yourself for the choices that your son or daughter is making as an adult (or almost an adult).

My Child is a Screw-up. When your son or daughter believes that there’s something horribly wrong with him or her, it’s so tempting to view your child in the same condemning way. However, if you want to be a healing force, then you must find a way to hold onto the light. A pitch-black room can feel terrifying until we take a moment to turn on a light.

When Kevin cried to Kerry about how messed up he was, she found herself silently agreeing that his life was doomed, and understandably so. The “evidence” of his behavior and mental and physical state would suggest that his life was a complete wreck. Though that may be the case in the moment, I cautioned Kerry against jumping to that conclusion. I reminded her of all that her son had accomplished in his two decades of life, and that he could turn this thing around. She needed to hold the light for him and reflect to him the possibility of complete healing and of leading a fulfilling life.

It’s Always Going to Be Like This. When you’re witnessing your child caught in the clutches of addiction and compulsion, it may seem hopeless. So you must remember that it’s not. There is always hope. Now is the time to remember all the personal examples you know of people who crawled, climbed, or stumbled out of the throws of addiction. Because I struggled with addiction so much myself as a teenager and in my early twenties, I know how trapped it’s possible to feel. And yet, there is a strength in each of us that surpasses the lure of any substance that promises to end the pain of the human condition. As parents, we can keep holding the prayer and intention that our children will find that strength.

When my husband threw my oldest daughter out after she missed her high school graduation, due to substance abuse issues, I spent a whole day bawling. Then after I got out as much pain as I could, I prayed and meditated. In my stillness, I saw my daughter’s soul pure, shining, and saying to me, “We are eternally connected. I love you. Everything is OK.” In that moment, I knew that this was the truth. And it turned out to be so. Though our children often fumble along the way, if you give them enough time, they do ultimately find their way back.

Sorrowfully, Kerry wiped away her tears. I felt for her and the difficulty of her situation, deeply. As parents, we are so connected to our children. My dear friend, NBC television anchor Gayle Guyardo, articulated that sentiment so well when she told me, “As a Mom, I would jump in front of a moving train for my daughters.” Exactly! The bond we feel with our children and our desire to protect and care for them is indescribable. And yet, as we all come to see, they ultimately must live their own lives, follow their own paths and—the most difficult thing of all—learn from their own mistakes.

The good news is that, for me, knowing this is a strong motivator to truly live my best life. Setting a great example for my daughters by treating them, myself, and others with kindness and respect through my thoughts, words, and actions is the greatest gift that I can give them. I have no power over them anymore; my only power is modeling for them a commitment to strive hard, face my fears, and be strong, even when it’s not easy to do so.

How can I expect them to overcome life’s difficulties if I am not living on the higher road: making good choices and fixing any mistakes I have made along the way, while nurturing an unshakable faith? The gift of choosing to live your best life can’t be over-estimated. This is your legacy and it’s your gift to yourself. The key: tune into the strength, faith, love and wisdom of your heart. You have everything you need to help heal yourself and others.

Rena Greenberg, a Hay House author, can be reached at EasyWillpower.com. Her weight loss and gastric bypass hypnosis success has been featured in 150-plus news stories including USA Today, Woman’s World, The Doctor’s, CNN, Good Morning America and Nightline. PBS stations nationally aired Rena’s show, “Easy Willpower,” in August 2015. Her wellness program is sponsored in 75 hospitals and 100-plus corporations. She conducts hypnotherapy sessions with people all over the world on Skype and in Sarasota, FL. 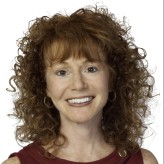 Rena Greenberg is the author of The Right Weigh: Six Steps to Permanent Weight Loss used by over 100,000 People (Hay House Publishing 2006) and The Craving Cure: Break the Hold Carbs and Sweets Have on Your Life (McGraw-Hill 2007). She conducts weight loss seminars at hospitals throughout the Detroit area on a regular basis. She can be reached through her Web site at www.EasyWillpower.com

What Rings Your Bell? Lessons from Quasimodo