Shed Your Shell and Embrace Change

Sometimes insight comes from the strangest places, often Earth’s most simple creatures. I was sitting on the dock watching the light reflect on the water and listening to the egrets calling in the mangroves. I was on the tail end of a period of several months during which I had undergone intense internal healing, although from the outside I may have seemed like a recluse and internally I felt like I had finally gone crazy. I decided to check the crab trap to see what unsuspecting creature I had outsmarted. I carefully pulled up the rope, avoiding the sharp barnacles that had begun to grow, and plunked the trap down on the dock, finding two small blue crabs not big enough to eat.

I never really understood why we humans use the word “crabby” to describe when someone is grouchy. I don’t find crabs to be ornery; I see them as confident and determined.

Their personalities (if a crab can have one) are proud, as if they know they are feared. And if you’ve ever had a crab grab a hold of something, such as the bait you put out or even the tongs when you’re cooking them, you will know that they have a lot of fire in them and they do not let go.

I have a healthy respect for crabs and had mastered the art of getting crabs out of the trap without having to get too close. What a sight to see, me jumping around avoiding those little claws as if I was leaping out of the way of an alligator’s jaws. I am amused by their feistiness, and so I decided to get a little stick and play with them. I poked at one, but he didn’t respond. I poked at the other one and when I pushed it I realized it was an empty shell –even though it was 100 percent complete, including the legs. How strange. So I poked the other one again and to my surprise it felt squishy, and there was still no response.

I poked his claw and was shocked at what happened. His claw bent. For a moment my brain remained suspended in a state of utter disbelief and confusion. It was at least 20 seconds before put the puzzle together: the crab had just shed his entire shell, right there inside my crab trap! I had heard the term “soft shell crab” before, but never had I given thought to what that really was. It is true that we learn something new every day. This day I didn’t simply receive a lesson in marine biology, I learned compassion for my own vulnerability.

Once I knew that the crab had no defenses, I just had to hold it in my hands to see for myself. Oh so gently I plucked him out of the trap, taking care not to scratch his exposed body on the jagged wires. This fragile little creature just sat there and looked at me. I was in awe of the beauty of what he had done. What bravery it took to completely remove his armor in order to allow himself to grow and transform.

Despite knowing the risks of exposing himself, he said “yes” to life and released what was no longer serving him.

As I ran my finders across his claws, which were once his primary defense system, I felt tremendous empathy for his new-found vulnerability. When I was overcome with emotion, I realized that I was not acknowledging his plight – I was finally embracing my own.

For the first time, I had compassion for my own vulnerability.

I had been going through a process of releasing old wounds by allowing repressed emotions to surface and transmute. I can only claim partial responsibility for this process. Although I took great effort to create the space for healing, much of this emotional processing was happening involuntarily as a response to the tremendous transformation I had recently undergone. I have found that once you begin to let go and change, life often take over and runs with it.

Holding that beautiful crab, once confident and determined and now soft and defenseless, I made peace with my pain. I saw clearly that I was not, in fact, going crazy and was not weak. I felt empowered, knowing that the true strength lies not in our hard shells, but in our willingness to expose our true selves and embrace the vulnerability of change.

I don’t know how long it takes for the newly freed crab to regain its strength, but I imagine it is quite brief and I am grateful that he honored me with the blessing of witnessing his transformation. I know that for me it took somewhere near six months. One of the things that inspired me about this clever crustacean is that, although he had the faith to release without allowing the fear of death to stop him, he was smart enough to find a safe place where he could unveil his true inner self in peace. Either that or he had lucky timing.

Another lesson learned: sometimes when you feel trapped, you’re exactly where you need to be.

I put him back in the trap with his former identity and gently placed them back into the ocean. I said goodbye to the sun as it tucked beneath the horizon of the mangroves and carried myself, gently, back up to peaceful place I had created where I could feel safe to embrace my vulnerability.

In order to truly live, you must not cling to your hard exterior identity or shell. Embrace change, risk being vulnerable, and above all, have compassion and be gentle with yourself.

Natalie Amsden is the Publisher of Transformation Magazine. She is a transformation life coach, specializing in conscious personal evolution and discovering your purpose. Natalie is also a Motivational Speaker, presenting on topics such as Enlightened Relationships, Personal Transformation, and Entrepreneurship. Connect with Natalie at www.joeelandnatalie.com. 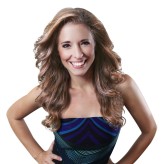 The Nonnegotiable List: What You MUST HAVE in a Relationship