The Way it Is: How It Works

Home » The Way it Is: How It Works

The Force we call BOB (Being of Bliss) is exactly that—a Force—a Power, but definitely not a person. Ever so much more, Its composition is Mind, Feeling, and Stuff. It entertains Itself by messing with Its stuff to create the realm (dimension) of Space and Time.

Since thought is creative, BOB couldn’t control what the people thought, and they proceeded to create pandemonium, This presents an infinite variety of entertainment for BOB, which experiences life as each and every one of us. Yikes!

Now that we’ve learned thought is creative, I guess it’s reasonable to ask, “How does it create?” Many of us, I’m sure, can say we’ve thought many thoughts that haven’t created a darn thing (or so we thought). One of those thoughts might be that it hasn’t created anything, so that thought also came about.

BOB is everywhere, and we’re all part of BOB. Our human minds have a direct wire to the BOB mind, and since the BOB Mind is in contact with every human mind, It answers mental requests by arranging the affairs, stage, and actors in the best possible way to enrich the symphony we call life.

The Role of Emotion

Here’s how to differentiate between idle musings and the thoughts that create our various realities. The creative thoughts have the force of emotion behind them. The others get lost in the shuffle.

That can be a plus or a minus, depending upon the feeling. The stronger and more pleasant the emotion, the more satisfying will be the resulting situation. Negative feelings evoked through distorted belief systems, on the other hand, create thoughts that produce unpleasant outcomes.

Suppose, for example, a relationship breaks up in your life and you think the other person “…did you wrong.” You might feel resentful, hurt, and angry—and beneath it all usually is fear that you screwed up or that you’ll never find another love, or that you’re a mess, or that any number of other disasters may befall you after the parting of ways.

In the throes of this state, you may tell yourself a variety of unhelpful things, such as, “Men (women) are no damn good.”; “I’ll never let anybody hurt me like that again.”; “I can’t keep a relationship.”; “Nobody loves me.”; “I can’t do anything right.” On and on it goes. Declare all this with strong emotions behind it, and your next relationship could be a real “doozy”.

Our feelings set creative declarations in motion. That’s why they are called “emotions”.

Intelligence is the other essential part of the creative process. If emotion is the force behind the power of the creative process, thinking sets its direction. Since human intelligence is irreversibly connected to the Mind of BOB, there is never (underline NEVER) any separation. Hence, what we think is what we get (Where have we heard that before?).

It’s all the same BOB stuff, so when the human mind thinks it, the BOB mind gets it right away and starts the business of creating. The problem develops when we try to tell BOB just how to do it. You see, BOB has a vantage point where It is aware of Its whole infinitude, so It can arrange all the pieces in a much better way than we can.

What we do with our little minds, however, is try to figure out just how BOB will give us what we ask for. Within the boundaries of our limited perception we don’t have a lot with which to work. It’s as if we are trying to travel with a roadmap that only has one road marked on it, while BOB uses a satellite GPS.

Our jobs are to know where we’re going, and then turn it over to BOB to get us there.

We may ask, “If that’s the way it works, why is the world in such a mess?” The answer is because of the RACE rules-—Righteousness and Approval Complicate Everything. That’s the game, and a lot of people are playing it very well.

“It Shall be Done According to B.S.”

It all comes down to Belief Systems (B.S.). If we believe being right is very important, our thinking might be distorted by resentment, anger, revenge, embarrassment, or other emotions foreign to the true nature of BOB. If we believe happiness somehow depends upon the reaction of some other individual, group, or impersonal “others,” then our thinking could be colored by guilt, fear, frustration, humiliation, and other worries.

So, what we need to do is somehow get past the RACE Consciousness and create a new one that works for us instead of against us. The tough part of this process is giving up the stuff that doesn’t work because we get it thrown at us daily and usually just swallow it without a second thought. Imagine all the influences around us that want us to do the “right” things: eat the “right” food, live in the “right” part of town, vote for the “right” candidate, go to the “right” schools, choose the “right” career, and of course find Mr. or Ms. “Right”.

Then there is the myriad of items advertised to make us popular, admired, and most likely anxious that somebody might not like us if we don’t have them. It may be hard to believe, but some people even form their opinions based upon what their peers think. Imagine that!

Parents give us examples, churches give us orders, fairy tales give us models, schools give us misinformation, songs give us reactions… and on and on. What do we really want? Of course, since we’re made out of BOB stuff, we want what BOB wants. And what does BOB want? 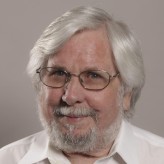 Out Your ego... Desperate vs. Confident